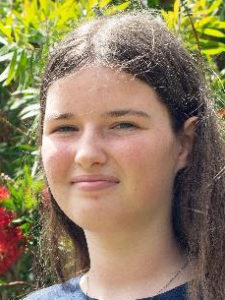 ‘The heavens declare the glory of God, and the sky above proclaims his handiwork’ ¬ Psalm 19:1
When I see creation, I cannot help but believe that the universe was not created by a big bang but was the grand design of a remarkable creator. I remember a while ago I was watching a video which was called Indescribable.
In the video the speaker showed an amazing picture that I have always remembered. It was the picture of a galaxy which had in it the depiction of the cross. I knew then that the heavens really did declare the glory of God.
This year while I was attending Church and Equip it became apparent to me that Christ commands baptism for believers. Jesus commands this in Acts 22:16 ‘Rise and be baptised and wash away your sins, calling on his name.’ As a believer I feel compelled to obey this command and take the next step in my faith journey. I Believe that Christ died for my sins and after three days in the tomb He was resurrected and now sits at the right hand of God the Father. Jesus washed clean the sins of all believers and for this I will eternally thank Him. I want to be baptised and join with the heavens in declaring the glory of God.